Bill has been a professor, teacher, corporate executive, college dean, game designer, and computer game designer.  He is one of the founders of Mayfair Games, was an early mover in the Role Playing games in the 70s and 80s (D&D) and designed award winning board games and role playing modules.  He more recently produced and designed several PC computer games and a few apps.  As a book packager, a person who prepares series of books from concept to production for major NY publishers, his company has packaged over almost 300 books and he lectures on “the Business of Publishing”.

Bill began writing professionally with a juvenile series for Ace SF in the early 80s. He has collaborated on several mystery novels as “Quinn Fawcett”, including the Authorized Mycroft Holmes, Ian Fleming, and Madame Vernet mysteries.  As an anthologist Bill has edited or co-edited over 40 anthologies. His non-fiction books include Making Contact: a UFO contact handbook, Hunters and Shooters, and The Teams (two oral histories of the Navy SEALs).  Bill also edits and writes in a series of books about great mistakes in history: It Seemed Like a good Idea, You Did What?, How to Lose a Battle, You Said What? Oval Office Oddities, It Looked Good On Paper,  How to Lose a War, and How to Lose WWII.  He has just finished The 100 Mistakes that Changed History for Penguin/Caliber (December 2010) and How to Lose the American Civil War for Harper Collins Publishing (Spring 2011).

Check out his podcasts “13 Mistakes In History” from two of his recent books: historymistakes.squarespace.com 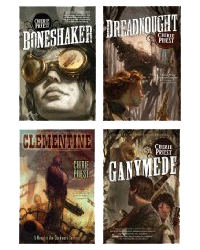